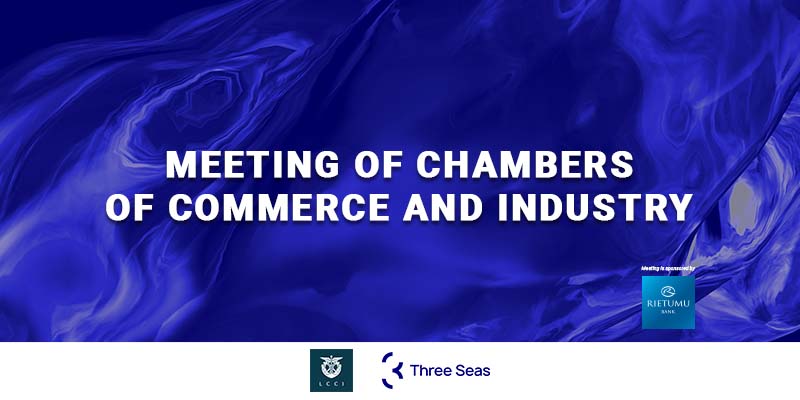 Within the discussion organised by the Latvian Chamber of Commerce and Industry (LCCI) in co-operation with AS “Rietumu Banka” during the Three Seas Initiative summit and business forum, the chambers of commerce and industry of Latvia, Estonia, Lithuania, Poland, Croatia, Bulgaria and Ukraine together with the chambers of commerce of the USA and Canada in Latvia joined in a statement to voice their stance on aid to assist Ukraine’s victory in the war and to show support to the membership of Ukraine in the European Union.

On 20 June, within the framework of the Three Seas Initiative summit, a discussion took place between the region’s chambers of commerce and industry “Regional security via transport, energy and infrastructure: the role of chambers in it”, which largely focused on the impact of war waged by Russia in Ukraine on the rest of the world and on the need to support Ukraine in every way possible. The discussion was concluded by a joint statement of the chambers of commerce and industry of Latvia, Estonia, Lithuania, Poland, Croatia, Bulgaria and Ukraine together with the chambers of commerce of the USA and Canada in Latvia regarding support to Ukraine.

The President of LCCI Aigars Rostovskis remarks: “The invasion of Russia in Ukraine is a clear attempt to disturb the world order, and we, the business organisations of the Three Seas Initiative states, are voicing our express support to Ukraine and an opinion on what decisions need to be made, because business can take place and develop only in a coherent and predictable order, thereby contributing to the well-being of the population. We strongly condemn Russia’s invasion in Ukraine, and we must join forces to restore a comprehensible world order, in which businesses can operate freely and the people have an opportunity to improve their well-being.”

The aim of the statement from business representatives of the Three Seas region is to urge the addressed politicians to support this stance and to develop European policies in line with the opinions voiced in the statement.